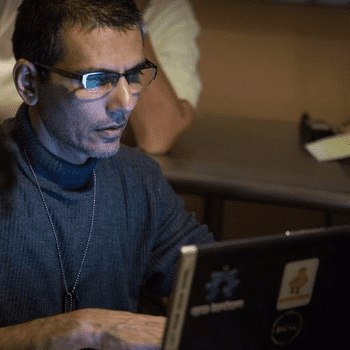 Do you have questions for Anool?

Log in to ask Anool questions publicly or anonymously.

The first version of the #THB had a good run, but it eventually disappeared for a while, before being miraculously recovered. @Anuj Deshpande has started the second run, and I'm the first recipient of the #THBv2. When the first version was making it's rounds, I was in Mumbai, but this time around, I'm camped in Goa at the Maker's Asylum since April, so that's where the box arrived.

The box is small, but good things come in small packages. Also, there's space to stuff in still more goodies. Anyhow, here's what I found.

Not the best example of #KNOLLING, but I was hard pressed for time to lay it all out.

And then in no particular order, all the individual items.

Finally, here's what I grabbed from the box - some Temp/rH sensors and a bunch of stickers. And a secret board which I realized had sentimental value for me, but which I replaced with another of the same but the current version. So, doesn't count.

I didn't have anything very fancy to add to the box, since most of my stash is in Mumbai, but that's for the next hacker in the list to find out.

The recipients list is secret, but if you want to get added, ping @Anuj Deshpande and he'll set it up. Also ANUJ, send me the address for the next hop.

Liked by shubhsboson and 3 others